One of the biggest fears some pipers have is that one of their drone reeds will suddenly come out of its reed seat and fall into the pipebag, leaving you with no ability to play. If this ever happens, trust me here, it will occur during one of your most important performances. But there is a way to totally eliminate the possibility of a drone reed becoming dislodged, and that is to “thread” the reed seat using a commonly found tool.

Available in most any hardware store, “taps and dies” are tools used to create screw threads, which is called threading. A “tap” is a hardened steel tool that is meant to make cut threads inside a drilled hole, such as a nut, whereas a “die” will cut threads on the outside surface of a piece of metal, such as a bolt or a piece of pipe. See Figure 1. The taps will easily cut threads in polypenco plastic or African Blackwood.

Drone reed seats have smooth linings and are slightly conical shaped, narrowing slightly the farther away from the open end. That smooth lining, though, creates a problem when inserting the drone reed. The hemp on the reed must match the shape of the reed seat, and the reed needs to be pushed in with enough force to assure that the reed will stay in place. But how often do pipers check the tightness of the drone reed in its seat? Probably not often enough, even though the three reed seat joints, if not airtight, can lead to exorbitant amounts of air loss. Besides, who wants to have a drone reed drop into a pipe bag that has no zipper?

But why needlessly take a chance that a drone reed will ever fall out, or that an air leak will develop at the reed seat? The solution is to use a tap and carefully cut 2-3 threads into each drone’s reed seat. After doing so, the drone reed can then be securely inserted into its seat simply by turning it clockwise. The threaded seat helps “pull” the reed into a secure position, much like a chanter reed seat that has been threaded allows for the chanter reed to be more easily tuned, as well as held securely.

The steps to thread a reed seat are straightforward.
1) Carefully measure the diameter of the reed seat hole. See Figure 2

2) Buy or borrow a tap that matches the diameter of the reed seat. Charts that show the proper tap for a given diameter hole are readily available. An example is shown in Figure 3. In the case of my Dunfion pipes bass drone, the reed seat measures 25/64" in diameter. Therefore, I chose a tap of 3/8-20 (not shown in the summary table). The second number of the tap size indicates the number of threads per inch. I prefer finer threads, rather than course, so the thread number will be higher.

Do not tap more than a few threads into the drone seat. Two or three completed threads are more than adequate to hold the drone reed securely.
5) When the threading is complete, carefully blow out any wood particles and fine shavings from the threading process.
6) Gently insert your drone reed and twist it into its newly threaded seat. See Figure 5.

It is important that the tap you use matches the diameter of the reed seat. If the tap is too large, the threaded reed seat will now be too large, resulting in the drone reed going too far into the seat, which will adversely affect tuning and the optimal position of the tuning pin.
If you are hesitant to thread the drone reed seats yourself, ask for help from someone experienced in the process. I have two sets of pipes, one of which is a high end David Nail set. Believe me, I was careful to thread that blackwood, but did so as soon as my new pipes arrived. I now never worry about drone reeds falling out, but I routinely check for airtightness at all the pipe joints, as we all should. 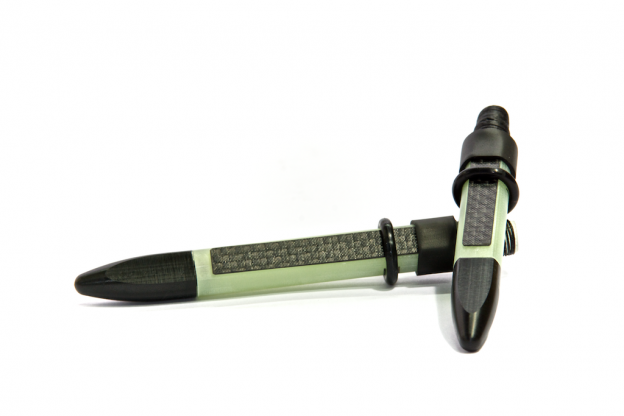 Have you changed drone reeds and found one set takes more air?  Is it the drone reed or are there other factors?  How can we test our drone reeds? 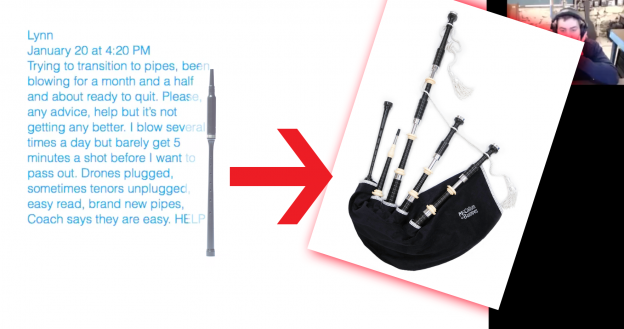 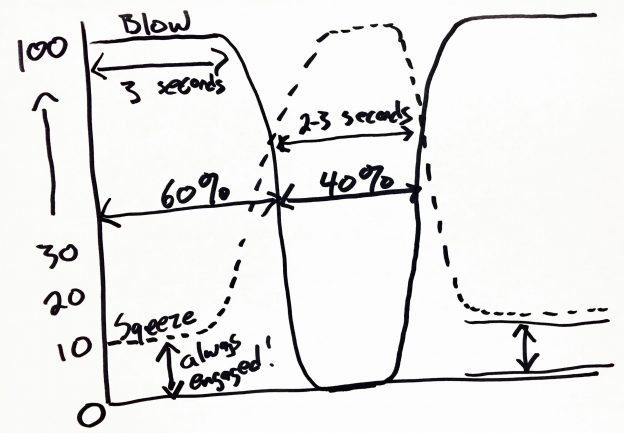 If you are a member of Dojo University, or have visited the site, you have no doubt heard about a water manometer. You will also…