You’ve just purchased a sheepskin bag, and you’re excited to tie it in and get playing.  You’ve gotten suggestions for different types of seasonings including glycerine based solutions.  Should you try it?

Andrew and Carl will clear the confusion.  Check in to hear what they have learning from experience and success.

Andrew:
Okay. Lou had a chat with a person, a very experienced piper last weekend in Kansas City, discussing what type of seasoning to use, "I received a new sheepskin bag and I was going to use Airtight seasoning, but he said he uses glycerine seasoning because it absorbs moisture better than anything else. Do you have any thoughts?"

Carl:
Sure. Okay, first of all, glycerine-based seasoning would be something like the Gannaway seasoning. That is a glycerine-based seasoning. Glycerine does attract moisture. Depending on which seasoning you use, the Gannaway seasoning is not actually something that makes your bag airtight. You'd have to use their primer. I see no reason why that wouldn't work in a sheepskin bag. Then, you would follow-up with the Gannaway seasoning, which helps maintain that and attract the moisture and wick it through the skin. I see no reason why not. I wouldn't want to do that. I think Airtight is the best solution for sheepskin bags, because they tend to have slightly larger holes because they're hand-stitched. I'm not sure that the Gannaway primer would do that. Now, I think there might be another seasoning out there.

Carl:
It's not Robertson's. There's another new one, maybe from Warnock or something like that, that might be glycerine based and designed for sheepskin. I have zero experience with that. I've had only good experience with Airtight, so that's what I'd say.

Carl:
I don't know, Lou. It's also a three to $400 bag. In Canadian, it'd be more. I wouldn't want to take that risk. Airtight is designed for sheepskins. It's been used for sheepskins for many, many, many years. I'm a little conservative in that sense, I guess.

Andrew:
Definitely. The way I look at it is thousands of people have won world championships and major prizes with sheepskin plus Airtight and maybe four people have won some kind of prize with something different. Airtight's the way to go. Carl hits it on the head, right? The bag's so expensive, that I would be really nervous to screw around. Then, I've had tons of success with Airtight. If you're going to play sheep anyway, it means you're a minimalist and you believe in great tone and that you're slightly conservative. That's what it should point to, so yeah, just play airtight, is what I say. Then, maybe in five years, maybe I'll have changed my mind, but right now, just do Airtight.

Carl:
Yeah, could definitely work. I wouldn't do it, personally. There you go.

Andrew:
Sheepskin plus Airtight is bliss. Yeah. It's a good question, I get it. I understand the moisture thing.

Carl:
Yeah, the idea behind it's interesting.

Andrew:
The person that told you this is a really high-level player. You got remember this, folks, these are really high-level players who need to play their pipes for extremely long periods of time without them going even one teeny, tiny iota out of tune, all right? They're elite athletes. It's like I run a 5K, but marathon runners, they run a marathon. It's totally different. The tools they need to succeed are different than the tools I need to develop, you understand? It's the same thing that we get into with the moisture control systems. What they need is different than what you need. You don't need to never go even a tiny iota out of tune, right? You need a great airtight bag that allows you to develop all of your skills.

Then, once you've gotten to the point where you've developed all those skills so well that you have no other possible ideas about how you get better, that's when talking about switching to something new and slightly outside of the box becomes something that might be worth your investment and risk, right? In this case, there's risk with sticking in a weird, gooey, sugary seasoning into a really expensive bag. That's when it's worth taking risks. Lou, I know you fall into the beginner and intermediate bracket. For you, just play Airtight, right? See how the answer to the question also points to just a greater overall philosophy, too? Kind of goes with anything. 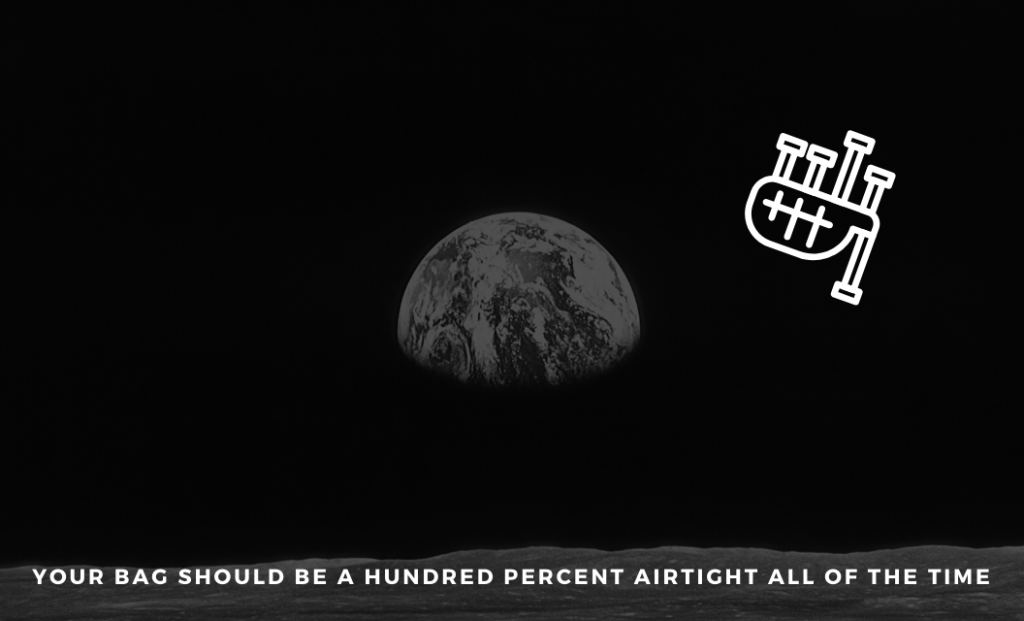 Have you found that your Gannaway bag does not stay completely airtight?  Should there be some flexibility with hide bags?  What are the major fail points for pipe bags?

You’re putting on a new pipe bag and see the grooves in the stocks.  Where exactly do those go?  Should grommets be above or in the groove?

How old is your chanter?  Do you struggle with balancing the tuning?  Would an upgraded chanter improve your sound?

Are you planning to compete as a soloist for the first time this year?  What tune should you play?  What are the good standard tunes that work best for beginning soloists?

Do you have a set of poly pipes?  What is the best set up if they are your primary set or your backups?