Tunes from "Out West" with Sean Somers 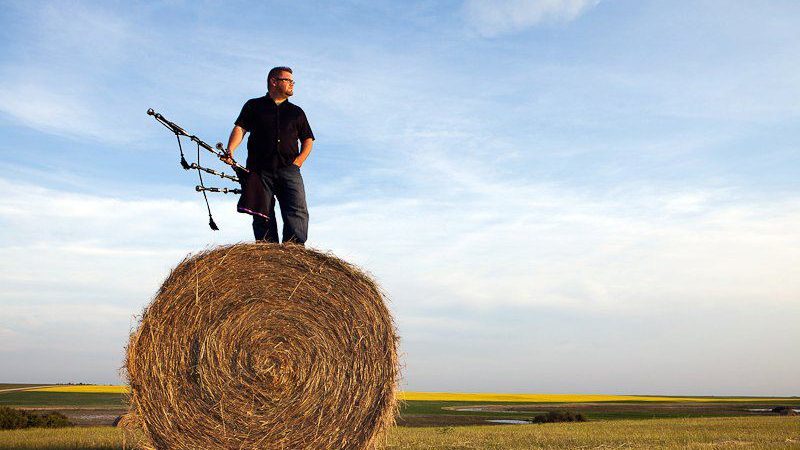 Sean recently released an amazing new book of original compositions. Join us as we learn about about Sean's process, and play through some tunes!

Sean Somers has established himself as one of the top professional pipers from the Canadian Prairies, gaining accolades as a leader, bandsman, soloist and composer. He started piping at the age of 8, and got his first lessons from his father.

With many appearances in the Grade 1 finals at the World Pipe Band Championships, he is also the former pipe-sergeant of the Grade 1 Alberta Caledonia Pipe Band, and former key member of the 78th Highlanders (Halifax) Pipe Band where he won both the Canadian and North American Championships in Grade 1. Sean spent his formative years with The City of Regina Pipe Band and credits Iain MacDonald (Regina) and Barb MacDonald as major influences on his piping career.

Sean is the former Principal Piping Instructor at the College of Piping (PEI), and has since continued to teach at workshops and at summer schools throughout North America. Sean has also enjoyed opportunities to give recitals in addition to his teaching.

An award-winning composer, Sean is also the author of his very own book of bagpipe music entitled “The Out West Collection”. With his compositions appearing in many other contemporary collections of bagpipe music, his tunes have been played and recorded by some of the world’s best soloists and pipe bands.

An accredited member of the Alberta Society of Pipers and Drummers adjudication panel, Sean has judged solo and band competitions throughout North America. Stops include British Columbia, the Canadian Prairies, the Maritimes in eastern Canada, as well as the Pacific Region, the Midwest, Pacific Northwest and Eastern Seaboard of the United States.

Over the years, Sean has also been a contributor to pipes|drums, the world’s most popular magazine for pipers and drummers, with feature articles, reviews and opinion.

Sean has also assisted in the development of a bagpipe making business, which manufactured highland bagpipes, practice chanters and accessories.

Based in Calgary, Alberta, Sean is married with a son and daughter. A civil servant in “real life”, he manages the Department of Transportation’s Communications team with The City of Calgary.