How To Play Bagpipes With Other Instruments with Chris Gray 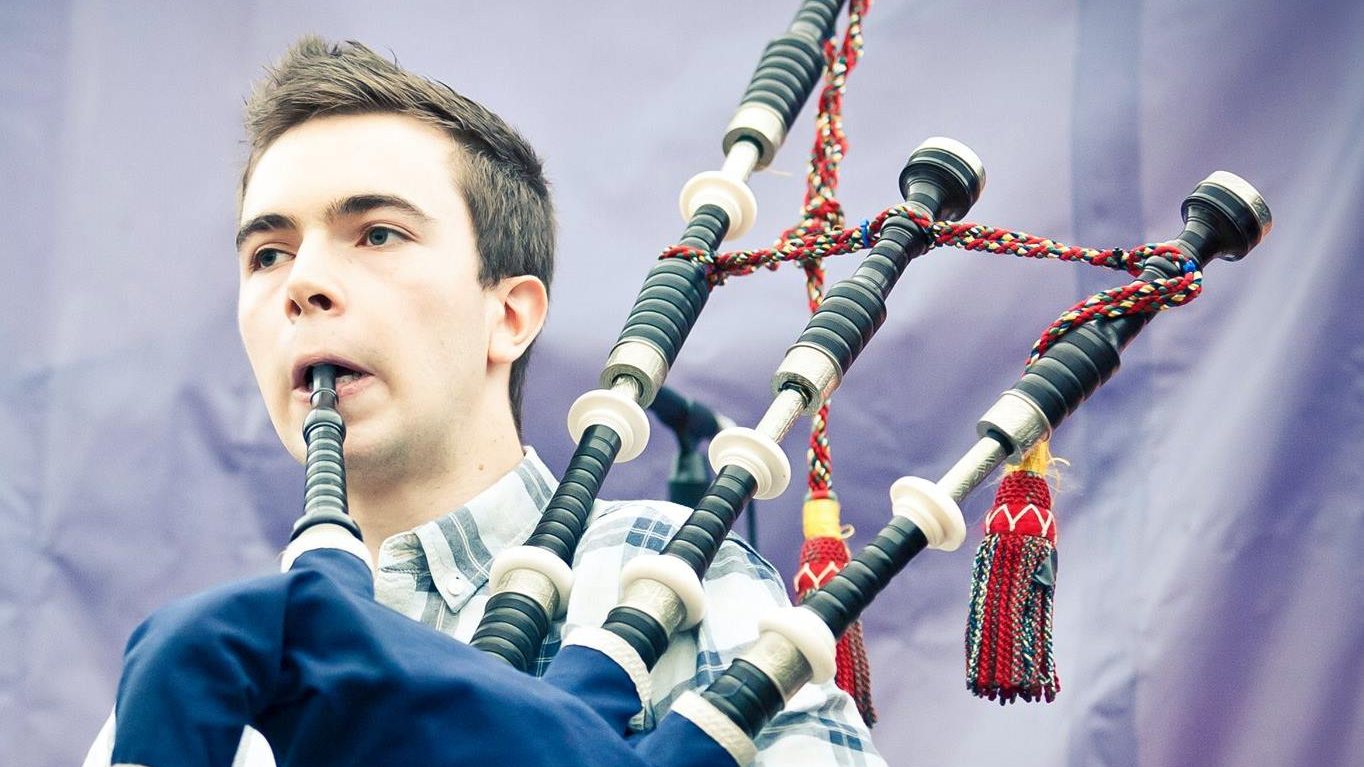 Chris Gray is from Lockerbie, Scotland and is a multi-instrumentalist and composer who plays piano, highland and border pipes and whistles. In July 2019 he graduated from the Masters’ in Traditional Music programme at the Royal Conservatoire of Scotland with piano as his main study where he was awarded a scholarship from the Keepers of the Quaich.

Chris’ innovative approach to his arrangements has led to involvement in numerous collaborations and performances. Highlights including performing at festivals in Wickham (England), Ortigueira (Spain) and Lorient (France), a solo piano performance at Blair Castle (Scotland) for Keepers of the Quaich banquets, the Edinburgh Fringe Festival and as part of the backing band both with the National Youth Pipe Band of Scotland and Inveraray & District Pipe Band. Chris has performed and taught internationally in Australia, New Zealand, France, Germany, Italy, Switzerland, Slovakia and Oman. He has held positions as a piano instructor at Riverside Music Complex and a piping instructor at the renowned Scots College in Sydney, Australia. Chris is also a piper with the Inveraray & District Pipe Band and with them has won the 2017 World Pipe Band Championships as well as the Scottish, British & European Championships.

Chris has guested with bands such as Skipinnish and Barluath as well as having experience in the world of musical theatre performing keys for the ‘Wedding Singer’ production at Eastwood Park Theatre, Glasgow in March 2019. Recently Chris performed solo on highland pipes and whistle at the Basel International Tattoo 2019 (Switzerland) and also alongside the Red Hot Chilli Pipers. In January 2020, at the Celtic Connections festival in Glasgow, Chris releases his self-titled debut album, featuring all original compositions and a multi-instrumental ensemble.