A Tour of McCallum Bagpipe Factory with Stuart McCallum 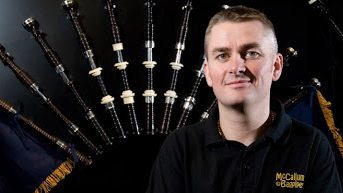 Join Stuart McCallum and Kenny MacLeod as they give us a guided tour of the world's highest-volume bagpipe factory. If you've never been to the factory, this is an experience that will amaze you!

McCallum previously worked for McCrindles Tooling for many years. He used his knowledge of CNC machining to create his own process of manufacturing bagpipes, and strays away from the traditional methods in many ways. Using CNC processes allows McCallum Bagpipes to manufacture bagpipes quickly and consistently. This has also allowed the company to become the highest-volume bagpipe manufacturer in the world, producing 40 sets of bagpipes per week.